How Ned Wolf Park went from gas station to garden in Mt. Airy 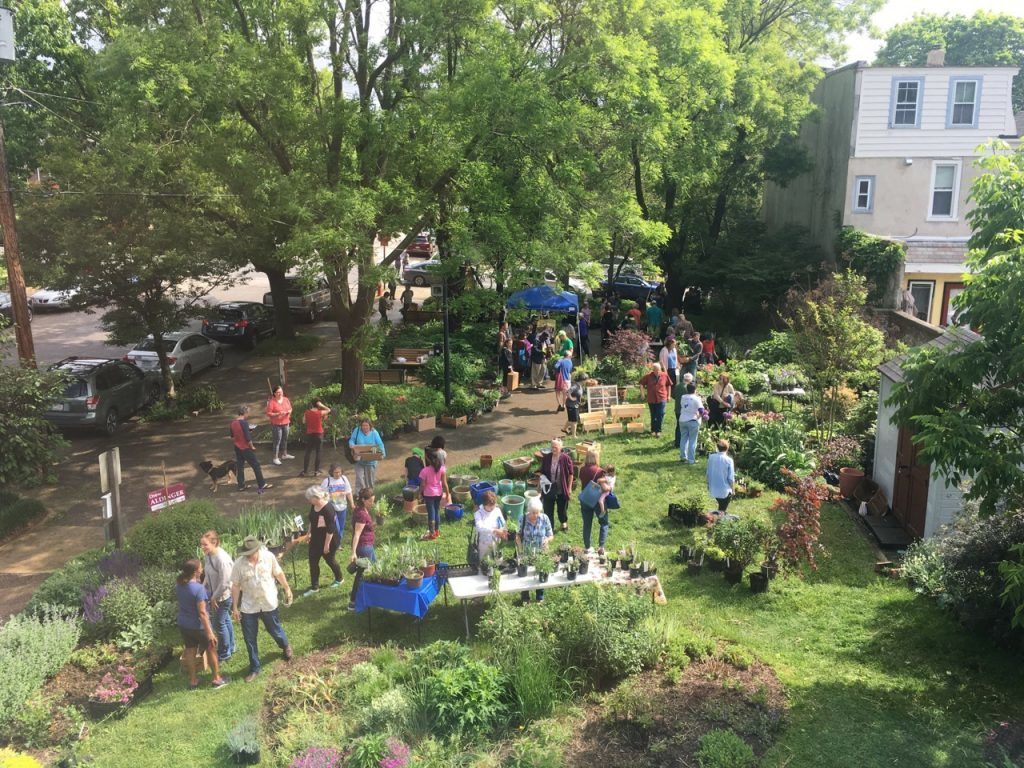 As part of our ongoing park profile series, we’re highlighting a couple of Philly parks and their Park Friends Groups leading up to Love Your Park Week (May 11-19th!) This week, get to know Ned Wolf Park in Mt. Airy. 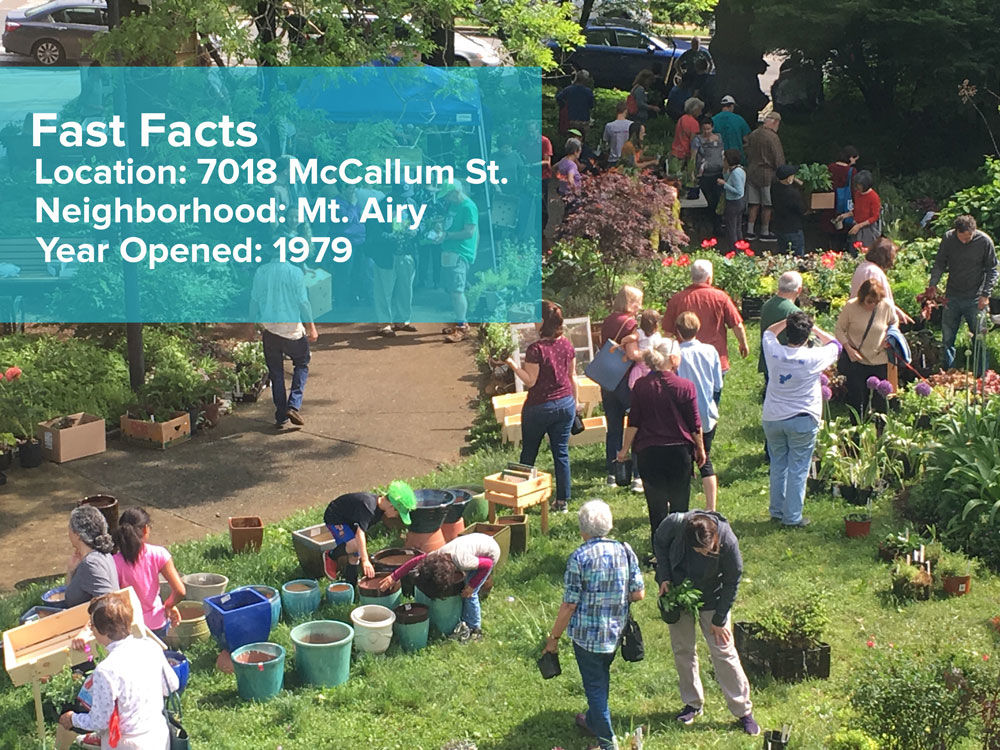 At the corner of Ellet and McCallum streets in the northwest neighborhood of Mt. Airy, there’s a small and lush oasis called Ned Wolf Park. Measuring at just 150 by 50 feet, the parcel offers a place for quiet reflection or gathering on any given day.

But once a year, Ned Wolf Park turns into one of the most popular spots in the neighborhoodd, for one reason: the annual Plant Sale, held during Love Your Park Week.

“More people volunteer and participate for the plant sale than anything else we do,” says Eric Sternfels, member of the Friends of Ned Wolf Park. “We open at 10 am and sometimes by 11:15 am, we’re sold out.”

Ned Wolf Park’s annual plant sale grew out of a small group of volunteers who first formed Friends of Ned Wolf Park in 2007. The first members were, and still are to this day, self-proclaimed “plant nerds,” says Sternfels.

“The core group of people who got involved did so because we were all gardeners who wanted to make a beautiful garden,” says Sternfels. “We wanted to create a sense of place that was being taken care of, and really took on the agenda of making a rather special place organically.” 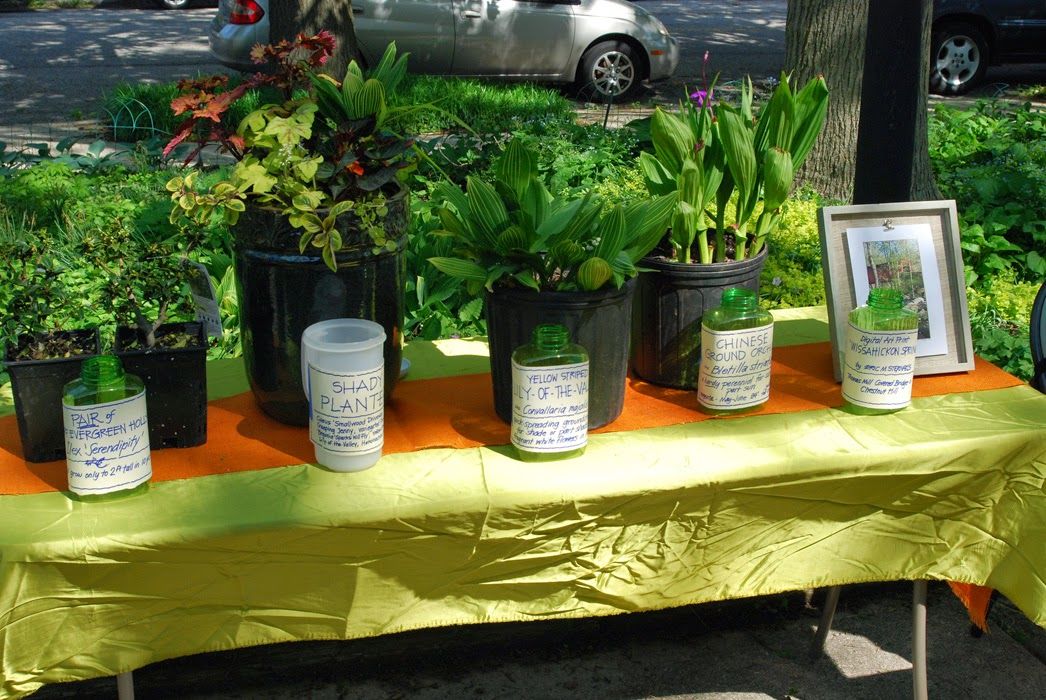 “We wanted to create a sense of place that was being taken care of, and really took on the agenda of making a rather special place organically.” 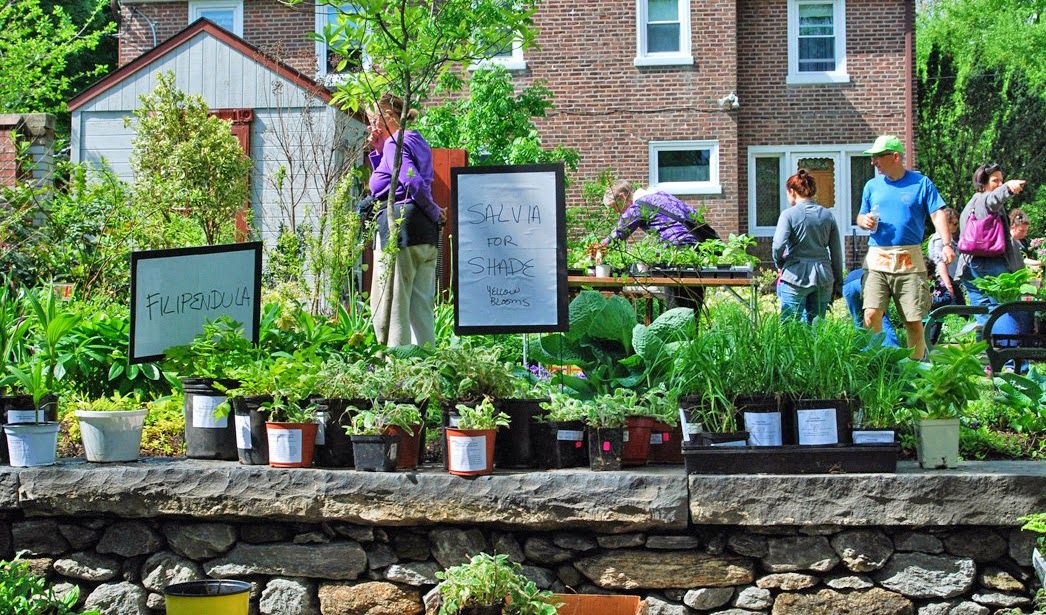 By using the group’s collective green thumb, they were able to transform the tiny space into the lush garden it is today, filled with beautiful plants, flowers, shade trees, and benches. What’s all the more impressive is that Ned Wolf Park was formerly home to a gas station.

“It was once a residential property, and then its next reincarnation was as a small gas station in the 1930s and 1940s,” explains Sternfels. “By the mid- to early ‘70s, the parcel became a city park.”

In 1979, the park was officially named after Ned Wolf, a local resident, lawyer, and civil rights activist. And by 2007, the Friends of Ned Wolf Park hosted their first-ever plant sale and planted more than 1,000 plants in the park.

They also worked closely with Philadelphia Parks & Recreation and Fairmount Park Conservancy to come up with a master plan for the 0.24-acre park. One of the major projects involved replacing rotted railroad ties in the park with Wissahickon schist, a type of shimmery stone that’s found all over the Mt. Airy neighborhood. The project was made possible from the funds raised by the plant sales and a grant from the Conservancy. 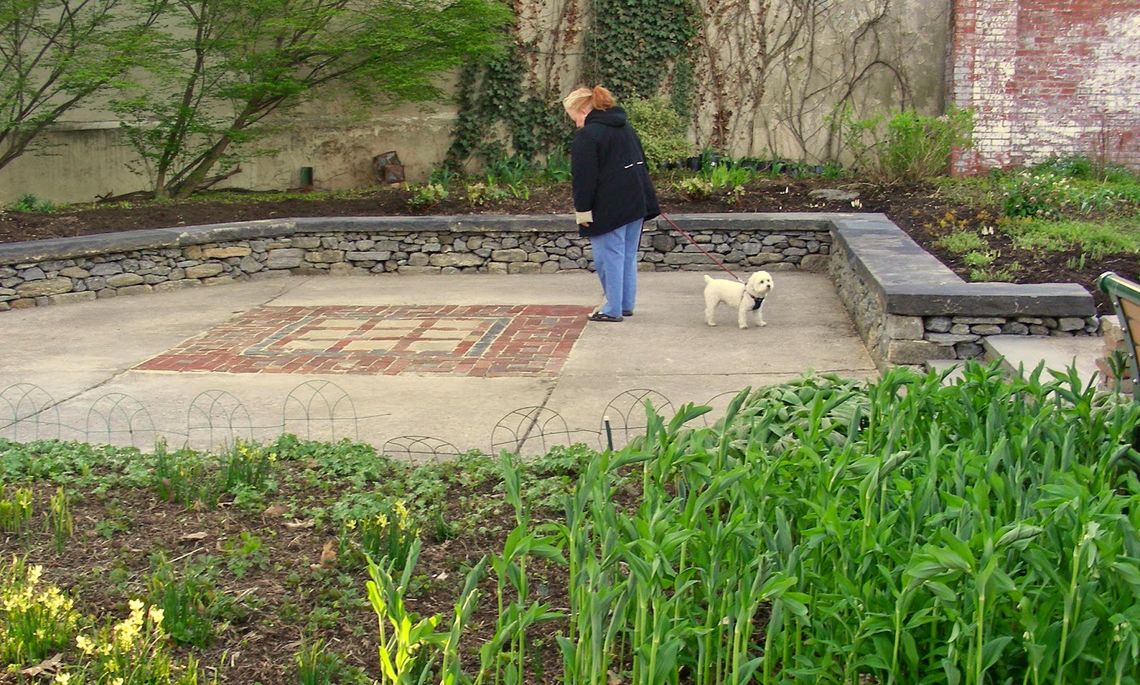 “These plant sales are more than sustaining the general upkeep of the park,” says Sternfels. In recent years, the plant sales have raised several thousands of dollars to support the their efforts to improve Ned Wolf Park.

But the work of Friends of Ned Wolf Park is not only beautifying the park – their efforts have also spread beyond the borders of the parcel. “We’re advocating for beautification in the community, too,” says Sternfels. “And we sort of wonder how over time we’re making Mt. Airy a prettier place – not just the 50 x 150 plot that is Ned Wolf Park.” 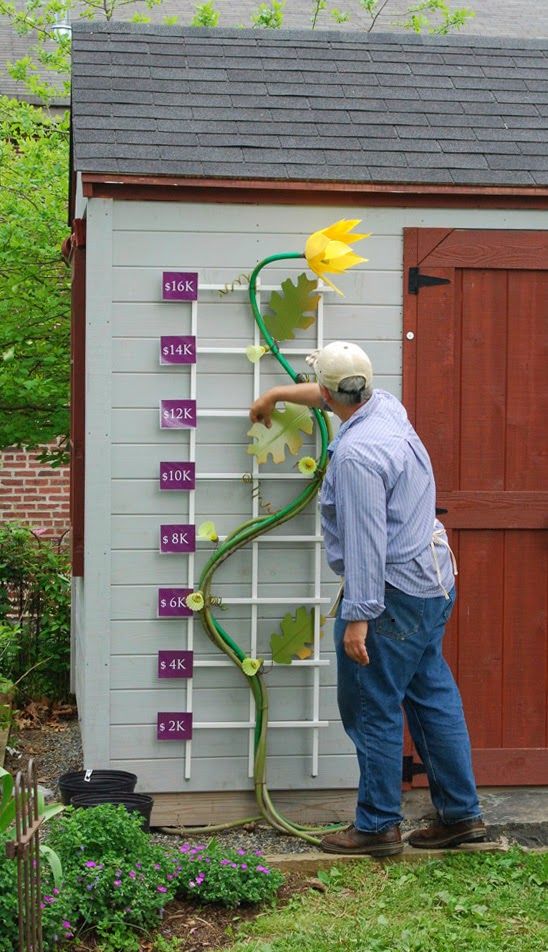 Friends of Ned Wolf Park have some tips on how to host a successful plant sale in your own community:

4. Put up a highly visible sign up for a few weeks.

6. Save cardboard boxes for plants being held and to carry them away.

7. Be firm about the start time and allow plants to be organized in advance.

9. Set up accounts with wholesalers to buy plants.

11. Designate volunteer cashiers with a “uniform”: carpenter’s aprons and a colorful cap for buyers to purchase their plants.