In Roxborough-Manayunk, parks band together to keep the neighborhood vibrant and green 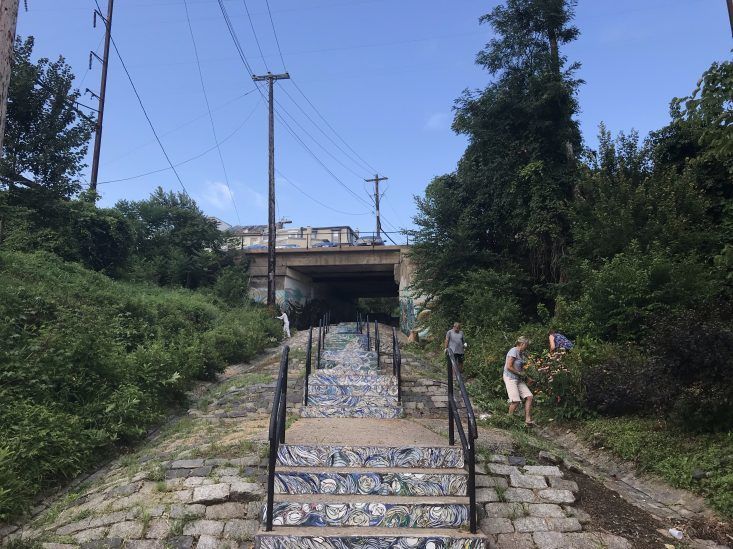 It’s a balmy summer Tuesday night on the Manayunk Canal Towpath and a group has gathered around Fountain Street Steps, one of the many sets of stairs that dot the Roxborough-Manayunk landscape. By 6 o’clock, they’re weeding and whacking away. By 8, they’re toasting their accomplishments: More than a dozen trash bags filled and an immaculate set of stairs and towpath free of weeds, litter, and invasive plants.

This scene takes place in a similar fashion every Tuesday night at a different park in the neighborhood. Meet, clean, celebrate — that’s how the Park Friends Group Roxborough-Manayunk Conservancy does it.

“It can’t be any easier,” says Tom Landsmann, a long-time member of the group along with Rich Giordano and a number of other friends who live in Roxborough and Manayunk. 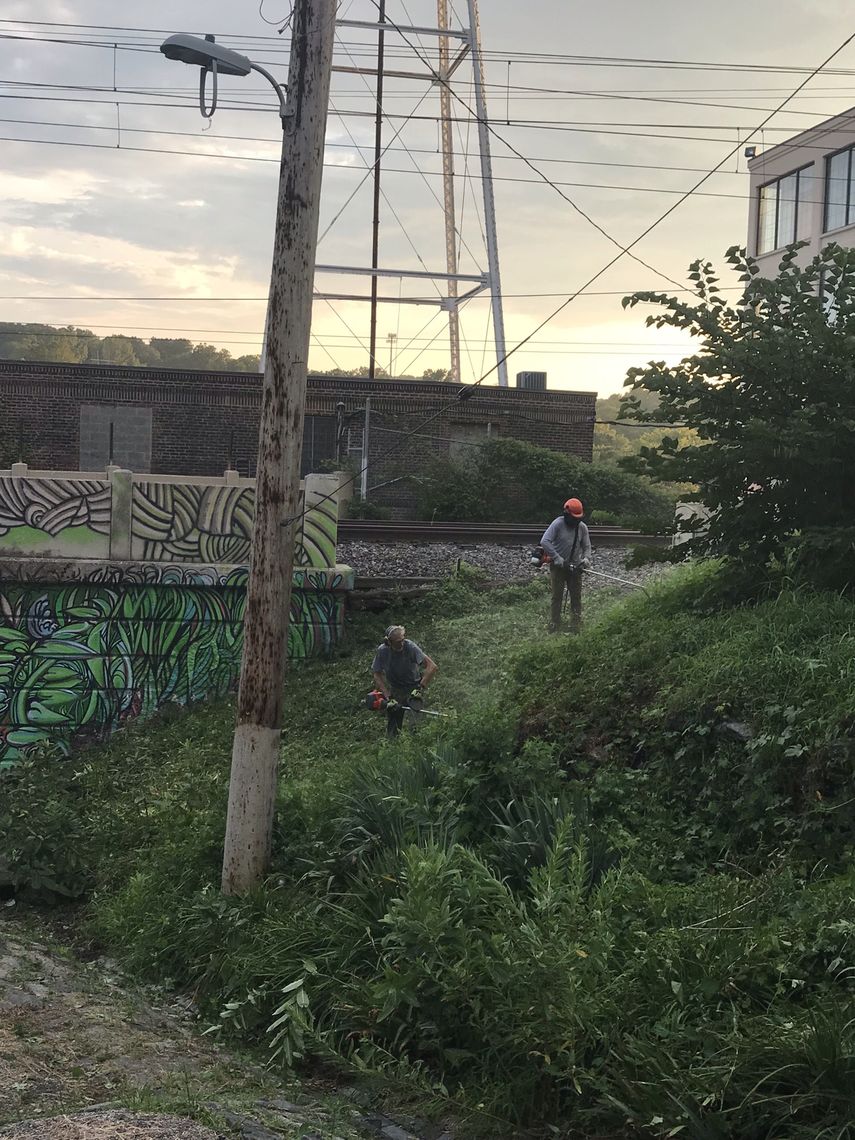 The Roxborough-Manayunk Conservancy first got its start as a volunteer cleanup group called Ivy Ridge Green a little less than a decade ago when a small collection of parks realized that there is power in numbers. “At the time, there were three or so parks that were very close to each other,” says Giordano. “We said, ‘Well gee, we have all of these individual parks—if we worked on them together every other Tuesday, we’d get a whole lot more done. That was the genesis of Two on Tuesday.”

That’s what makes Roxborough-Manayunk Conservancy a little different from the typical Park Friends Group—they’re not committed to one specific park. Instead, they work with multiple Park Friends Groups: Each week or every other week the cleanups travel to a different park in the area, including Roxborough Reservoir, the Fountain Steps, the Manayunk Canal Towpath, Germany Hill, and Gorgas Park. Just this year, they expanded they welcomed Kelly Park and Edling Park into their rotation.

Taking responsibility of multiple parks may sound like a daunting task, but Landsmann and Giordano assure that it couldn’t be any simpler. “One thing that’s important is that every site has a steward who determines what we want to accomplish there. Nobody feels as if someone else is coming in and taking over their park. It’s still our place, but we’re getting a lot more help and tools.”

"We have all of these individual parks—if we worked on them together, we’d get a whole lot more done." 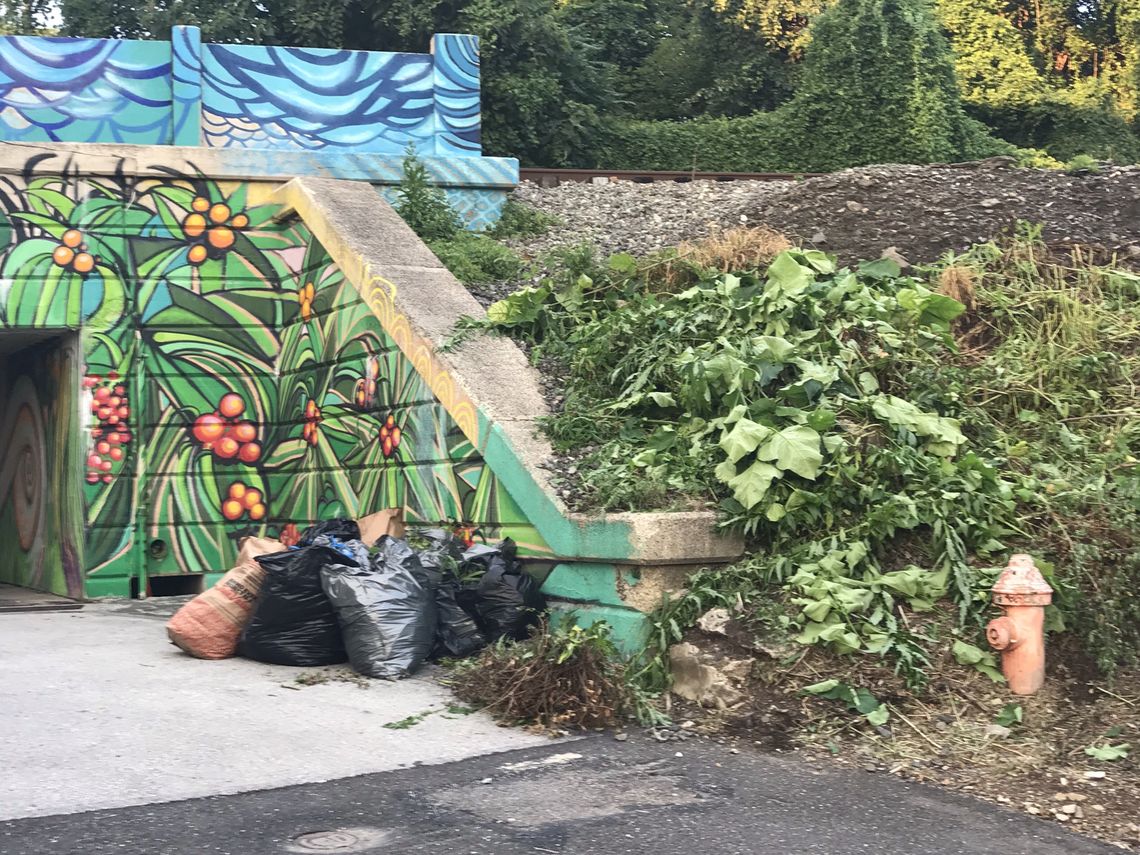 Landsmann adds that there’s one aspect of Two on Tuesday that is the key to the program’s success: the post-cleanup fun. “We often joke that the ‘after’ is more important than the actual work.” Once all is said and done, volunteers often stick around to enjoy food and refreshments at the park, a neighbor’s house or a local establishment. “You have to keep it fun and social and the rest will all take care of itself.”

The Ivy Ridge Green group has some other helpful tips for hosting successful volunteer cleanups:

1. Keep the signs up. “We have volunteer signage at the site before, during, and after a cleanup. If there’s a cleanup coming up, anyone walking by will see it then and while we’re working there.”
2. Start at the most public spot in the park. “When we first started at the Reservoir, it was a huge 35-acre site and we didn’t know where to start. So start with something that is the most visible so people will be able to see the results very quickly and demonstrably.
3. Don’t be too rigid with goals. “Our cleanups may be from 6-8pm but sometimes when it’s too hot or we’re just tired, it’s ok to stop at 7 and say, ‘We made a difference! Engage and thank your volunteers and celebrate what you accomplished.’”
4. Go back to basics. “We had so many years where we forgot the basics of gathering people’s contact info with sign-in sheets.”
5. Take before-after photos. Ivy Ridge Green’s Facebook page consistently posts photos after cleanups. “We find the before-and-afters tell a story and that volunteers feel good when they see the work they’ve done.” 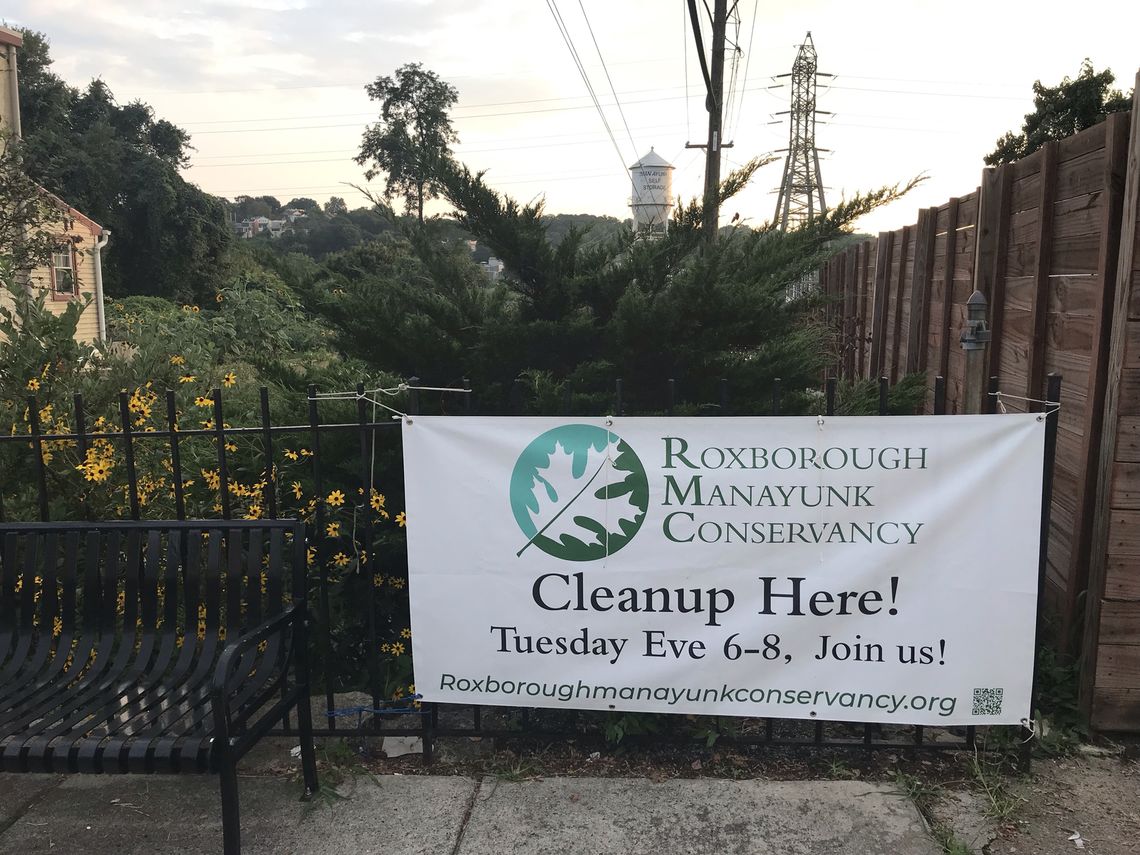