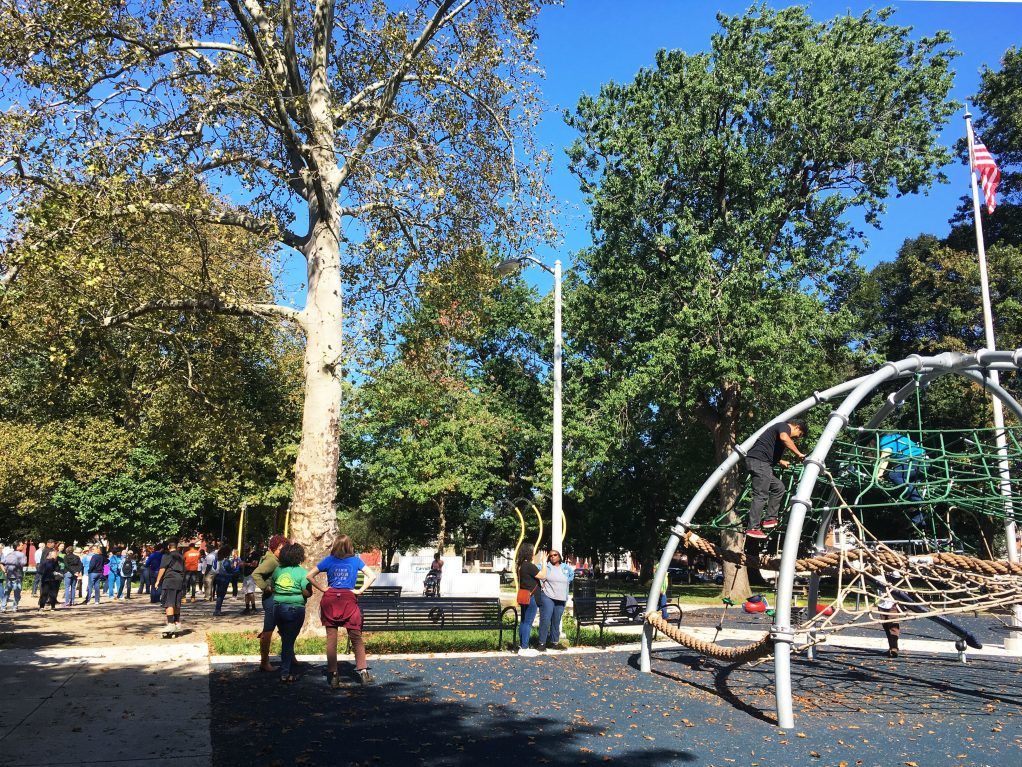 Cheri Harrison has lived down the street from Carroll Park in West Philadelphia for 14 years. Now, she’s on a mission to make the five-acre park the hub of the neighborhood.

“I want to put the ‘neighbor’ back in the ‘neighborhood,’” she says. To make that happen, she and a small group of residents are zeroing in on Carroll Park.

Carroll Park is a five-acre park that occupies one square block in the neighborhood of the same name. Like many of Philadelphia’s squares, it features a central fountain surrounded by lawns and tall trees and dates back to the late 18th-century, when it was built by brick maker and developer Eugene Carroll. The park’s most recent addition is a playground, sprayground, and signage that were installed last year.

The park is also among the first cohort of 64 qualifying sites for Rebuild, the city’s initiative to invest hundreds of millions of dollars to revitalize more than 100 neighborhood parks, recreation centers, playgrounds, and libraries across Philadelphia. 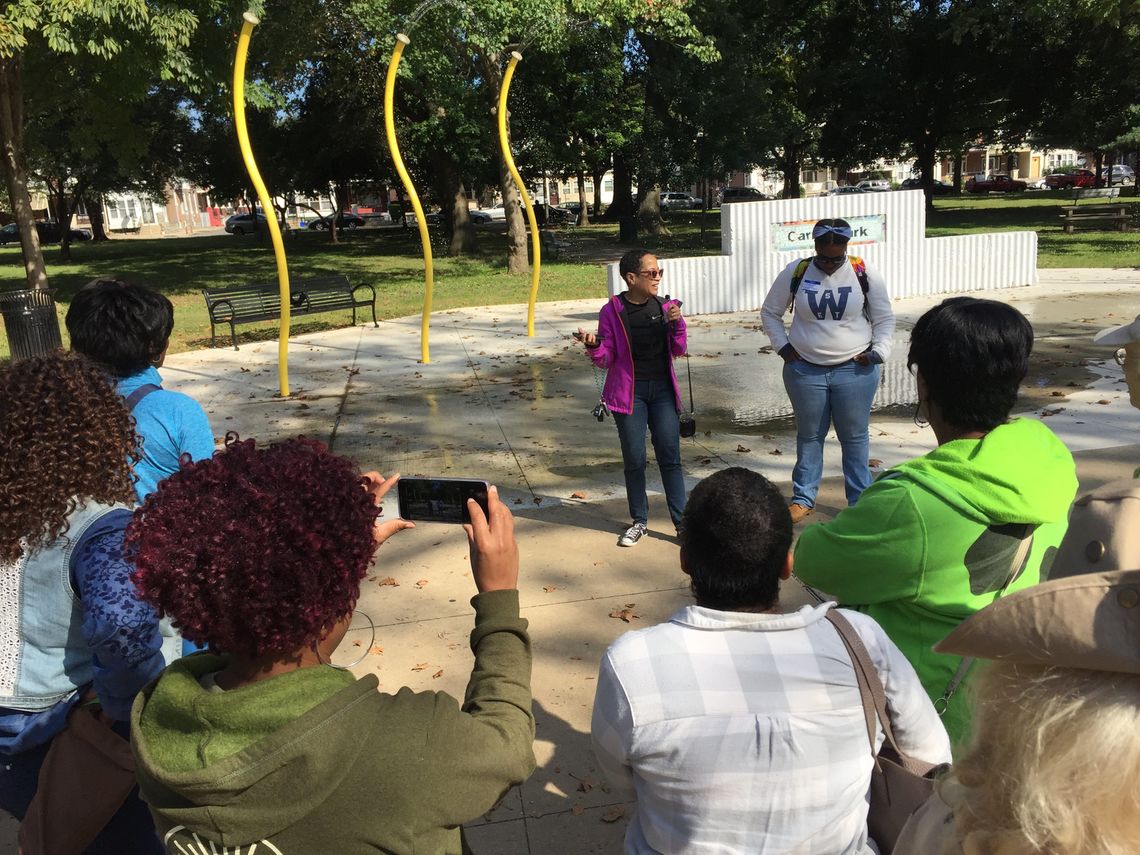 Harrison is part of a group of neighbors who have been working with Philadelphia Parks & Recreation and Fairmount Park Conservancy to start a new Park Friends Group for Carroll Park. The group started meeting in July 2018, learning what it takes to join the Park Friends Network and become stewards of their communities’ public spaces. They also host monthly Friends of Carroll Park public meetings to schedule events and discuss concerns and ideas about the park.

“It’s been interesting,” Harrison says. “Everyone has opinions and ideas of what they want to see in the park, and I am trying to balance that. I want to host some kid-friendly events, but also make it fun for adults who want to come, too.”

“I can see us being the epicenter of social events in the neighborhood,” she adds, noting that a movie night in Carroll Park is in the works. 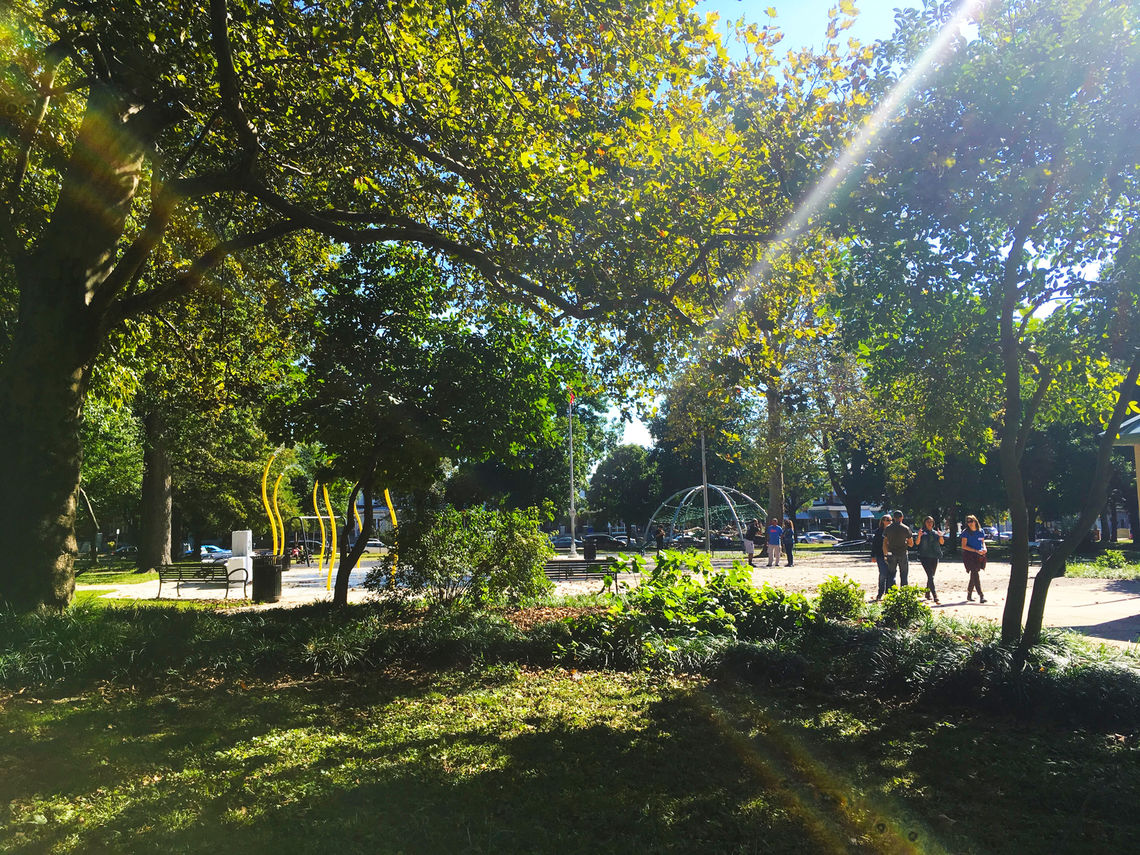 Harrison acknowledges that the group has a long way to go, but hopes more gatherings like the Public Space Summit and monthly Park Friends Network meetings will help them learn from others in the Network. “I want to learn how to bring the community together and learn from other groups who have been around for a long time how they are so successful at this. How do you get people to be invested in their neighborhood park?”

Fortunately, the group doesn’t have to look too far for inspiration. Harrison says she loves going to Clark Park and Malcolm X Memorial Park, also in West Philly, for their farmer markets, flea markets, and musical events. “We have this really pretty public space in the middle of the neighborhood. […] So if other parks can put on farmers markets and movie nights, why not us?” Harrison says. “Let’s see what we can do.” 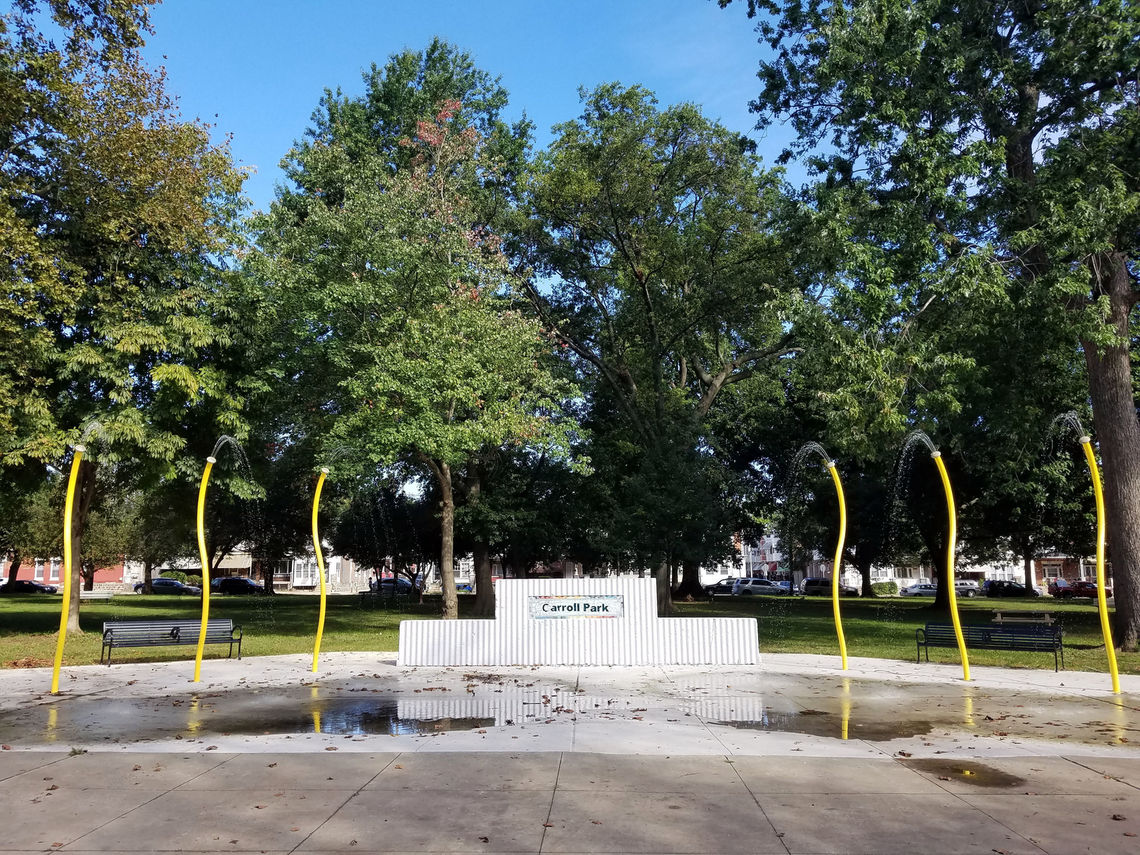 The next Friends of Carroll Park monthly meeting is on Thursday, October 25th at 6 p.m. at Carroll Park Center for Hope, Help and Healing (1536 N. 59th St.).

On October 27th, Recreation Center Advisory Councils and Park and Library Friends Groups will come together for the first-ever Public Space Summit, supported by the Knight Foundation. It will be a day of inspirational, practical, and educational workshops and sessions where public space stewards can come together to learn from each other, swap ideas, and collaborate.

To learn more about the Park Friends Network and to get involved, please visit our Park Stewardship page.